A Kentucky Democrat who proposed ‘Breonna’s law’ legislation that would ban the use of no-knock warrants across the state was arrested while protesting in Louisville on Thursday night and charged with rioting.

Attica Scott was arrested alongside daughter Ashanti and at least 18 others in the parking lot of the First Unitarian Church, where police and demonstrators got locked in a two-hour standoff after a 9pm curfew elapsed.

Scott and her daughter are both facing charges of unlawful assembly and first-degree rioting, local station WFPL reported, which police said came after the windows of a nearby library were broken and a flare was thrown into the building.

Around 1,000 Black Lives Matter activists had taken to the streets of Louisville during the day Thursday to protest after one of the officers who shot and killed Breonna Taylor while mistakenly raiding her home on a no-knock warrant was indicted over the death, though not for firing the shots that killed her.

The news reignited demonstrations across the country, many of which have been ongoing since the killing of George Floyd in May, including in LA where one protester was run down by a truck in an unprovoked attack.

In St. Louis, protesters blocked westbound lanes of Interstate 64, and in New York City, a large group of demonstrators marched into Manhattan from Brooklyn over the Williamsburg Bridge. 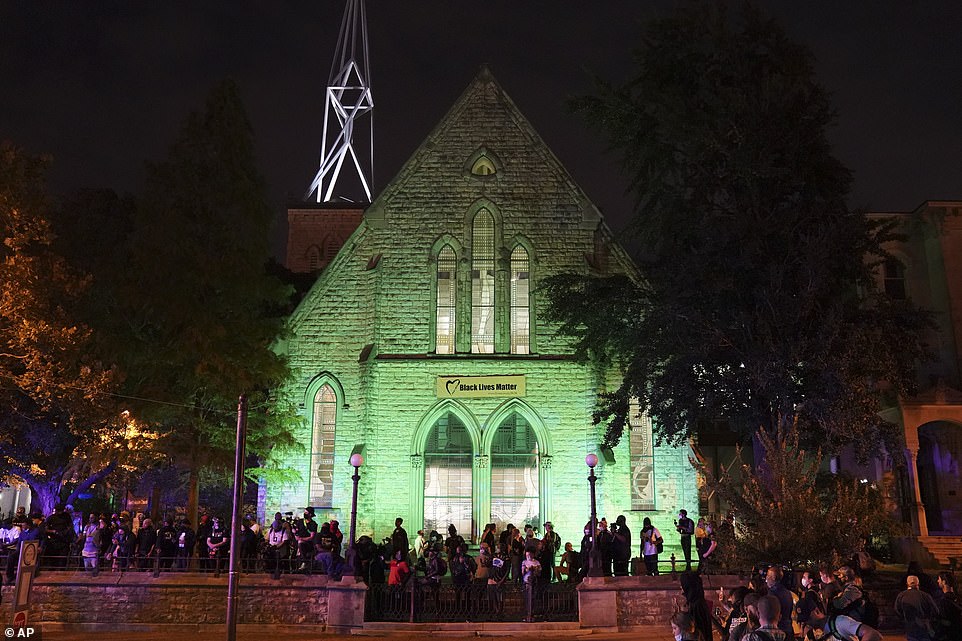 Demonstrators massed at First Unitarian Church in Louisville on Thursday, where clergy allowed them to seek refuge on church grounds to avoid arrest after a 9pm curfew went into effect 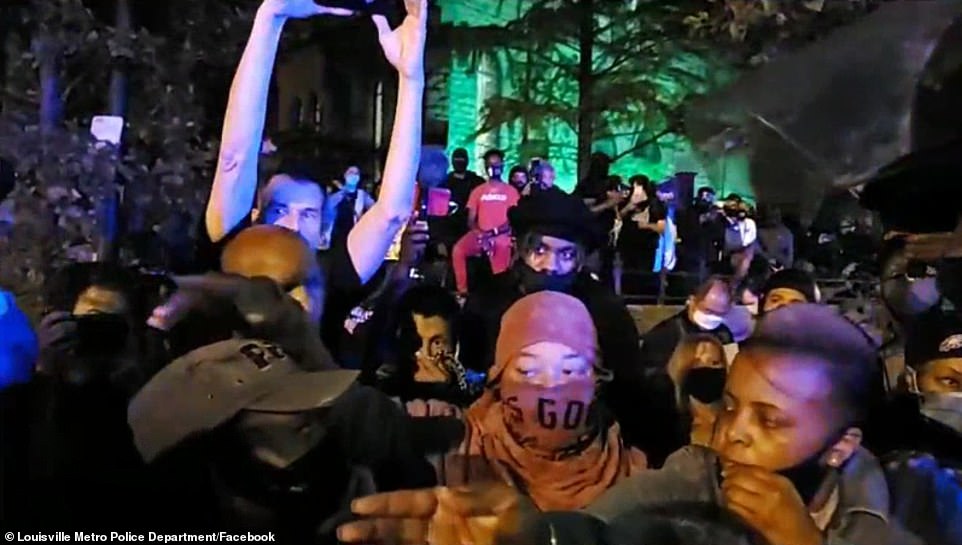 About 200 people occupied the church grounds, where demonstrators taunted officers in riot gear who stood nearby, forming a massive cordon around the church 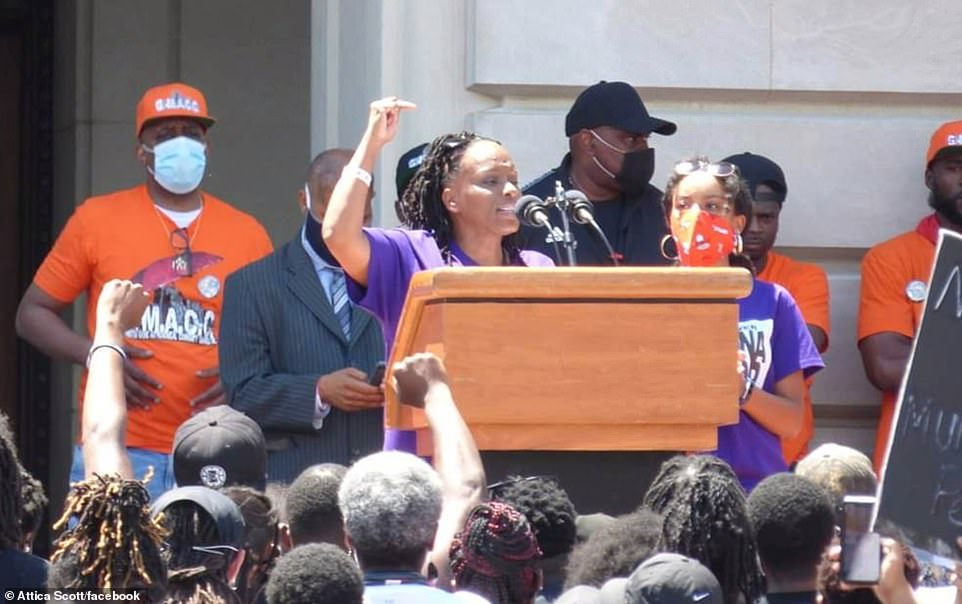 Rep. Attica Scott, a Kentucky state lawmaker, is seen at a demonstration in June. She was arrested on Thursday and charged with first-degree rioting, a Class D felony, as well as failure to disperse and unlawful assembly 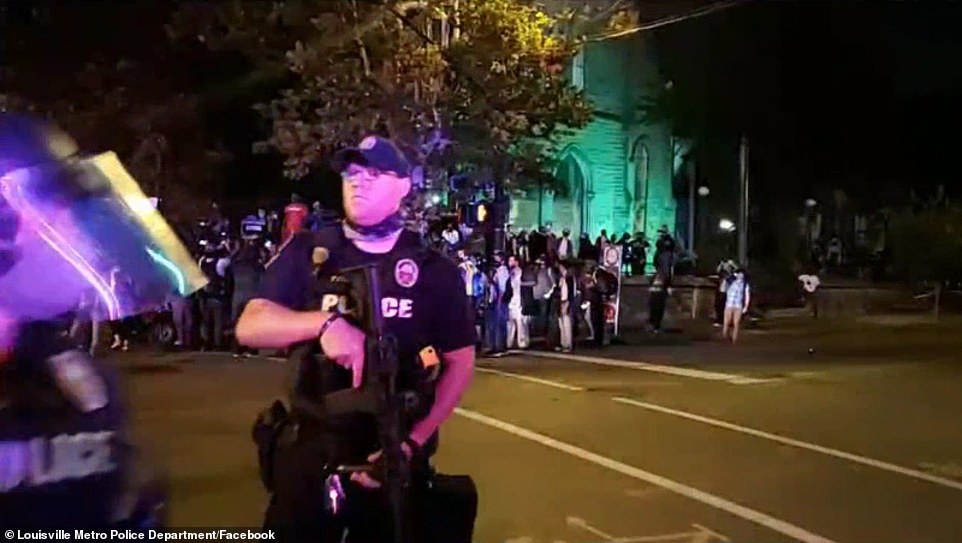 Police established a heavy presence around the church, blocking off the protesters from roaming downtown 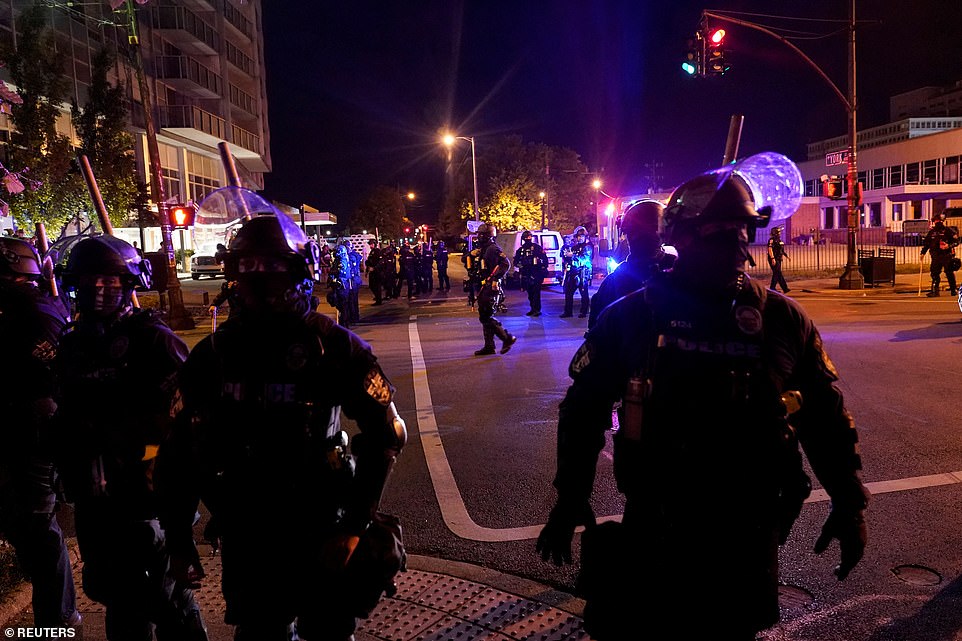 Police officers hold a perimeter around the First Unitarian Church where protesters are seeking refuge at during a curfew, a day after a grand jury decision in the March killing of Taylor in her home in Louisville, Kentucky 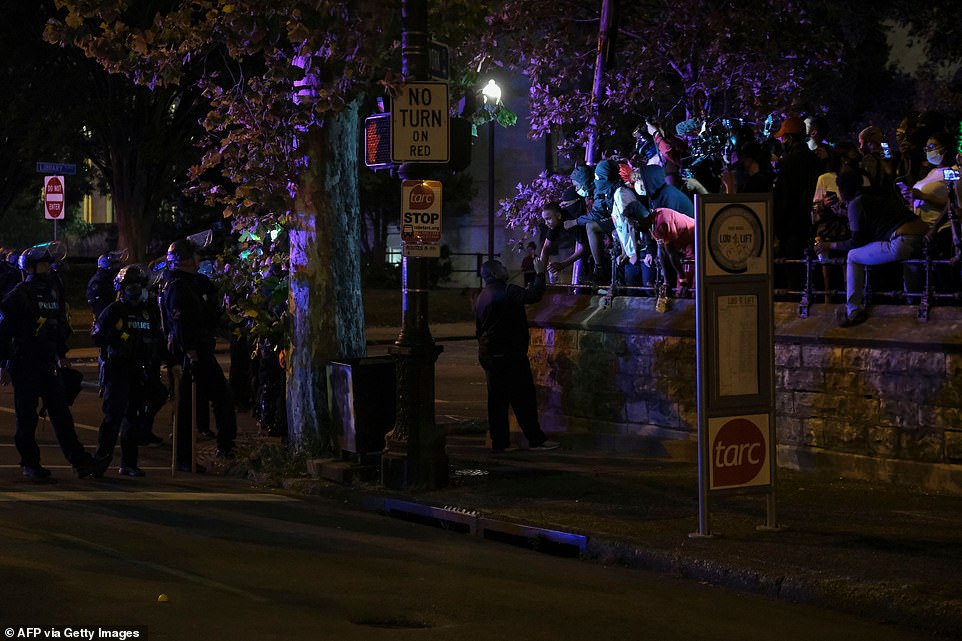 Protestors face off with police officers outside of First Unitarian Church of Louisville where they took refuge as they protest the lack of criminal charges in the police killing of Breonna Taylor, in downtown Louisville, Kentucky last night

As night fell in Louisville, hundreds of activists stayed on the streets of past the 9pm curfew, with around 200 occupying the grounds of the First Unitarian Church after the clergy agreed to grant them sanctuary from arrest.

The standoff eventually ended after police made arrests in relation to the attack on the library, then negotiated with protest leaders to allow the rest of the demonstrators to leave peacefully.

In Louisville, BLM protesters smashed the windows of a downtown public library and threw a flare inside as authorities extended a citywide curfew into the weekend and the National Guard prepared to deploy.

Officials Urge Illinois Residents to Fight Back Against COVID-19 Fatigue

Passan: The plays and decisions that got the Dodgers back to the World Series

Why These Voters Rejected Hillary Clinton but Are Backing Joe Biden